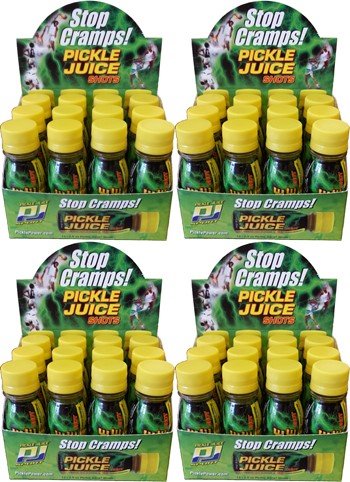 If you are an athlete or you just like to have a workout you will at some point find out that sport has sometimes got a down side to it, my first experience of this downside came when I was a young man at school, I did what I was told to do by my sports teachers and all was well it wasn’t until I went to bed that first fateful night that when I lay down to go to sleep I had this insane pain in the back of my thigh that hurt it stopped me in my tracks and had to jump out of bed and all I could do was rub my thigh and try to stretch it out I was almost in tears with pain, what was it ? I told my mum who was a nurse and she told me that it was CRAMP I said what do you mean ? She told me that sometimes when you exercise more than you are used to and don’t drink enough fluids you can get cramp, well that was my first experience of cramp, but I can tell you it was not the last. It made me very wary of doing more exercise than I was used to, but there is an obvious problem with that and it is that I would not get any fitter or stronger if I get cramp when I increase my workout intensity. So what’s the answer ? I asked my mum if there was anything I could do to stop the night cramp after a workout ? She said that salt might help, because at the time I was a fussy eater and I hadn’t thought about salt, I tried it and it seamed to work, but after a few years there were reports that salt was BAD for you, so now what am I supposed to do ? I heard a few years ago that pickle juice is supposed to be good because it contains both salt and vinegar, so I did some research an tried it and it seems to be doing the trick.
I found this article and I would like to share it with you. This article was written by : Jon Davis

“Muscle cramps. Those words alone are enough to make most people cringe. At some point we have all been through those sudden, intense moments where a cramp hits you hard. As you instinctively grab for the muscle in pain, you swear that you are going to research how to prevent this…..as soon as this excruciating pain goes away.

You finally remembered, and you are on a mission to find the best solution to your running cramps. This is the article for you. Rather than looking at what one friend told another, we are going to look into the science behind using pickle juice as a cure for cramps, and you may be surprised by what we found!

We have previously covered what causes exercise-associated muscle cramps, the painful and seemingly random muscle spasms that can fell everyone from recreational marathoners to professional basketball players.

Popular wisdom holds they’re caused by a lack of electrolytes, but scientific research shows that it’s more likely that muscle cramps are due to the failure of a neuromuscular mechanism that usually keeps extreme muscle contraction in check.

Like any ailment that affects athletes, there’s a veritable arsenal of remedies and tricks that runners and athletic trainers swear by to prevent or clear up a muscle cramp. Some of these remedies end up being subjected to scientific testing to validate or bust them.

One simple trick—gently stretching out the cramping muscle—proved to be quite successful, and gave researchers a clue as to the real mechanism behind cramping.

Did I read that correct? Pickle juice?

Yes, believe it or not, old-school athletic trainers swear by gulping down a mouthful of pickle juice as a rapid cure for muscle cramping.

The logic behind this was that the liquid left in the pickle jar is incredibly salty and full of electrolytes.

But here’s the paradox:

As we saw last time, there’s fairly strong evidence that your body’s electrolyte levels have no bearing on whether or not you develop muscle cramps during exercise.

So in theory, pickle juice, despite its reputation, shouldn’t do anything to alleviate muscle cramping.

What happens when you put pickle juice to the test?

By electrically stimulating a leg nerve in just the right way, researchers can cause cramps on demand. Then, by using an electromyography machine, or EMG, they can quantify the length and severity of a muscle cramp.

A 2010 study using just such a protocol was published by Kevin Miller and colleagues at North Dakota State University and Brigham Young University.

In the paper, the researchers used an electrical current to induce foot cramps in a group of 12 volunteers. Two cramps were induced, each separated by 30 minutes.

The first cramp was a baseline test to establish what a “normal” muscle cramp looks like in terms of its EMG signal and its duration. Then, a second cramp was induced, and the subjects immediately ingested two to three fluid ounces of either water or

A week later, the experiment was repeated with a cross-over design, meaning the subjects who received water the first time got pickle juice the second time, and vice versa.

To guard against any possible placebo effect, the researchers used nose plugs to prevent the subjects from smelling the liquids they drank, and even blinded themselves to which solution was being administered to which subject.
This is crazy:

Do the impressive effects of pickle juice revive the “cramps are because of electrolytes” hypothesis?

Miller and his co-workers designed another experiment to test this idea.

This time, nine healthy men underwent three trials where they were given two to three fluid ounces of pickle juice, a sports drink, or plain water.

After ingesting the liquid, Miller et al. took blood samples every few minutes over the course of the next hour, then analyzed the water and electrolyte content of the blood samples to observe the impact of each liquid.

None of the three liquids produced any substantial changes in electrolyte or hydration levels, which is perhaps not surprising considering how small the ingested volume of liquid was (2-3 fluid ounces) when compared to the amount of water in the entire body (several gallons).

Further, there’s no way the electrolytes could make their way into the blood within a minute or two after ingestion.
Here’s why it works:

The researchers propose that the acidic pickle juice triggers a reflex when it hits a nerve center on the back of the throat. This reflex sends a signal to the nervous system to shut down the overactive neurons causing the cramp.”

This study has helped me with my cramp because I now drink pickle juice if I know that my workout is going to be more intense than usual.

If you are having the same problem that many of us that exercise have I would recommend you trying these pickle juice shots available here at Amazon.com

Any cookies that may not be particularly necessary for the website to function and is used specifically to collect user personal data via analytics, ads, other embedded contents are termed as non-necessary cookies. It is mandatory to procure user consent prior to running these cookies on your website.